What we know about iPhone 12

What we know about iPhone 12

It’s official- Apple is hosting their next big announcement on September 15th, and we’re eagerly awaiting the likely reveal of the next iPhone (possibly titled the iPhone 12?). But honestly, we may not be in for much of a surprise. The iPhone 12 has been one of the most anticipated iPhones in a long time and has had many, many leaks (some dating back to the launch of the iPhone 11). So while we’ll probably have all the answers we want in a week’s time, let’s go over what we can expect to see and how it could affect our industry.

The past two generations have seen three iPhone models, but this year that goes up to four. Two base models (one with a 5.4” screen and another with a 6.1” screen) will feature dual-cameras, while the higher “pro” models (with 6.1” and 6.7” screens) will have triple-camera setups, like the current generation. The 5.4 inch model is notable as it’s the smallest iPhone that Apple has produced since the original iPhone SE. One of the major criticisms of the new SE 2020 was it’s larger size (compared to the original SE) so this low-end iPhone 12 should make those critics very happy.

Another big thing about this series of phones is the new (yet old) physical design. Like the current generation of iPads Pro, the iPhone 12 series is expected to feature a more squared-off appearance, similar to the iPhone 4 and 5 series of devices. The design of those devices was mostly well-received, so it’s possible that consumers will enjoy these phones as well. 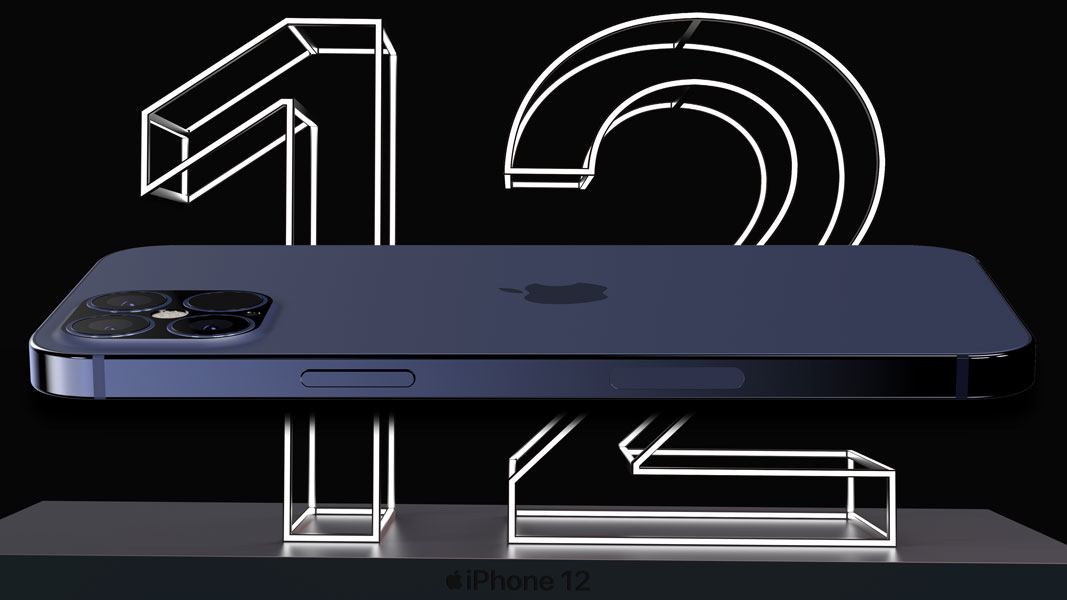 A mockup of the iPhone 12 via EverythingApplePro on Twitter

While most rumors claim the iPhone 12 will have a smaller notch, there is also some speculation of a completely notch-less iPhone model. How that will be implemented exactly, is a matter of disagreement. Some reports claim that it will be the result of smaller front cameras and sensors, others speculate that the sensor array will be located behind the OLED panel, while other sources are claiming that the phone will re-introduce Touch ID and utilize an on/under screen fingerprint scanner. Additionally, there is a belief that this notch-less design will only be featured on the high-end models. 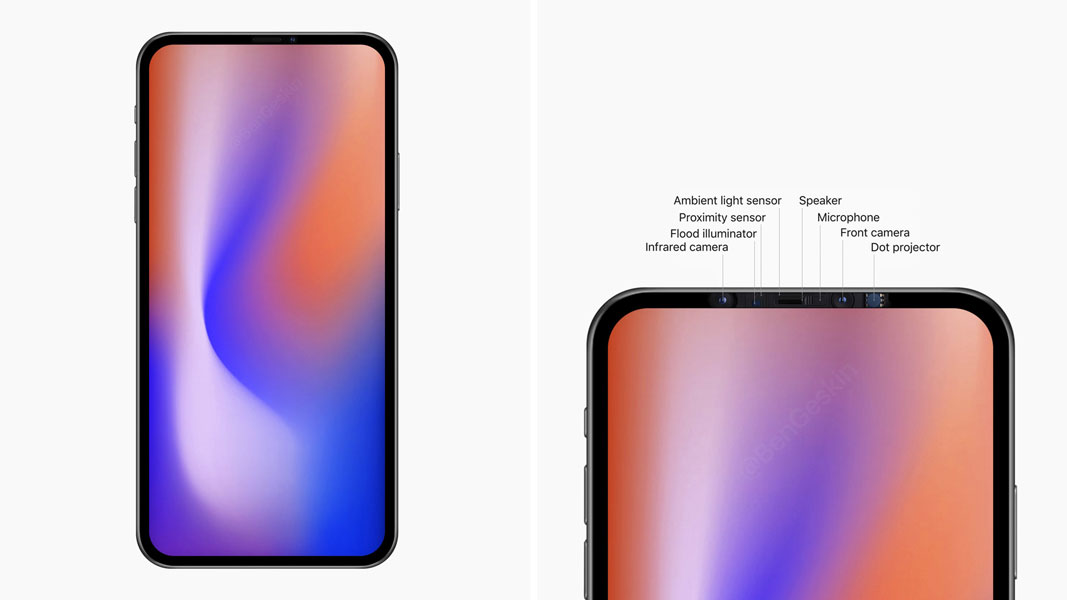 There are several rumors surrounding the camera systems of these phones. The big new thing is that at least one of the new phones (likely the 6.7” model) will have a “3D Camera,” which is probably something like the LiDAR sensor that was added to the 2020 iPad Pro devices.

As for the camera arrangements, it’s alleged that the two lower-end iPhones will have dual-camera lenses (ultra-wide and standard-wide), while the two higher-end models will have triple lens cameras (the aforementioned dual lenses, with an additional 3x zoom lens). The new phones are also said to have larger camera sensors for better image quality, and the 6.7” model is rumored to feature sensor-shift stabilization, which would hopefully also apply to the ultra-wide camera (which is currently unstabilized in the iPhone 11 series).

Another widely expected new feature is 5G connectivity. According to famed analyst Ming-Chi Kuo, all of the iPhone 12 series phones will have 5G. However, the exact type of 5G (mmWave vs Sub-6GHz) remains unclear. Kuo believes that primary markets (like the U.S.) will be capable of both types of 5G, while in other countries, Apple will limit the iPhone to the slower, but more capable, Sub-6GHz technology. Other analysts believe that lower-end models will only have Sub-6GHz, while “Pro” models will be mmWave capable.

The screens on the new iPhones will offer an upgraded experience across the range. Lower-end phones will have OLED screens (unlike the LCD screens on the iPhone XR and 11), while the higher end phones might feature 120Hz ProMotion technology (similar to what’s available in the iPads Pro). However, the latter feature is still up in the air, as some reports are claiming that the feature may be scrapped. Those reports cite problems obtaining driver ICs or a negative impact on battery life as the primary reason. Another interesting note is that Samsung will not be the only supplier for their OLED displays. This time, Chinese Technology Group BOE (aka Jingdongfang) will be supplying some of the screens. This company has previously supplied LCDs for the iPad and MacBook, but this will be their first foray into iPhone OLED displays.

With each new iPhone, comes a new A series processor. This time it’s the A14 with Apple’s new 5-nanometer process. This new design is expected to be 15 percent more powerful than the A13, but use 30 percent less power. It will also be especially tuned for AI and augmented reality tasks.

Every new iPhone release comes with new challenges for the repair community and we don’t expect the iPhone 12 to be any different. That being said, if the speculations and rumors are correct, then there are a few things that stand out as being possible concerns.

One of the more immediate concerns is the new logic board. If the leaked images are accurate, then the new component is longer, and now located on the left side of the device. The issue is it’s new design, which places most of the connectors at the top. This layout might require the use of another daughter-board (like what was used in the 11 Pro and Pro Max) which might be prohibitive for shops that don’t have board-level soldering abilities.

A good thing for consumers, but maybe not so much for repair. The first problem is that margins may be less in lower models, where a recycled original display will now cost around as much as the higher models (compared to the inexpensive ones in the XR and 11). However, an even scarier situation is if the rumors of under-display FaceID/TouchID sensors are true. If the new iPhones do implement these through-screen technologies, then cheaper in-cell LCD displays may not be possible, as the screen and backlight would block these new sensors. Hopefully, inexpensive hard-OLED panels can be developed that would be compatible with these new features.

Some of the rumors claim that Apple will be using smaller batteries with a custom battery protection module to help save space. We’re confident that aftermarket suppliers will be able to produce compatible batteries, but that new custom module might mean a bit of a delay before we start seeing them.

A potentially positive development is the rumor that Apple will not ship their new iPhones with power adapters or ear pods. This is both good for the environment, but also good for repair shops, as many already sell these kinds of accessories, and often at a lower price compared to the Apple versions.

These are the major takeaways from all the various leaks and rumors surrounding the iPhone 12. But that being said, there is still a lot that we may not know about the new device. We are eagerly awaiting Apple’s event on September 15 to see what new products they’ll be bringing to market. Hopefully, those products include the iPhone 12. In any case, we will be live-tweeting the event, so make sure to follow us on Twitter so you don’t miss a single update!