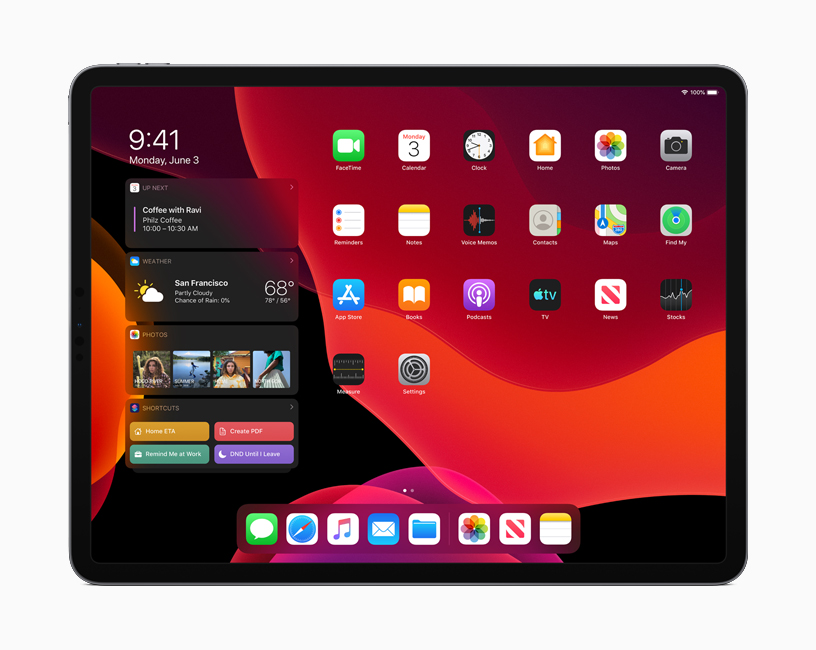 iOS 13 is officially out and it looks to be quite a big upgrade. There are so many features and changes that it would take a massive blog post to go over them all. Thankfully, MacRumors has already done that, so if that’s something you’re interested in, head over to their post. Instead, we will be going over some of the more “need-to-know” traits that are relevant to repair professionals. Quick note- if you come across someone who has yet to upgrade, try to discourage them from taking the leap just yet (more on this later in the article).

The most crucial upgrade in iOS 13 is its focus on performance. Apple has made optimization and efficiency tweaks all over the OS, resulting in faster app-launching times, smaller app downloads and updates, and even quicker Face ID and Apple Pencil performance. These are quality-of-life improvements of course, but they have the side effect of longevity as well. iOS 13 will be available for iPhone 6S/SE and up, and for iPads Air 2/Mini 4 and up. And while the OS is said to work well with these older devices, it seems that it requires more than 1 GB of ram, which would explain the cutoff.

Changes to the UI

This iteration of Apple’s mobile OS comes with several changes to the user interface. The biggest change is a new “dark mode” which essentially colors the interface in dark shades of gray and black (instead of the old light-themed interface). Chances are you've already heard plenty about this new look, but if not, there is really only one thing you need to know. In addition to it looking subjectively cooler, dark themes can help improve battery life on OLED iPhones (due to the way those displays work). The next two changes you’re likely to notice are on the keyboard. First, the iOS keyboard now natively supports swiping (a feature which Apple calls QuickPath). Second, the emoji and globe icons are now separated in the keyboard. These keyboard changes aren’t likely to turn your world upside down, but they’re at least worth mentioning since you’ll definitely notice them.

Some of the biggest UI changes are actually exclusive to the iPad- who’s OS is now called iPadOS, thanks to the growing number of differences between iPad and iPhone. This new OS enjoys all of the changes in iOS 13, but with extra features added to it. One of the most notable is the new redesigned home screen. In addition to an app-icon-resizing option, the home screen now supports widgets. It’s definitely something to be aware of, because at first glance, it almost looks as though the iPad is improperly scaling, showing both the today screen and first home screen. Similarly, iPadOS now supports split view with the same app. Having side-by-side views of the same app is huge for productivity, though it can be a bit jarring when you first see it on the iPad.

Lastly, there are new features which may or may not have an impact on your repair business. Honestly, it’s something we’ll need to watch out for because they’re new, but have the potential to affect things in different ways. First off, there’s the new “Sign-in with Apple” feature. This new function allows users to sign-in to participating websites and apps using their Apple ID. Functionally, it’s not much different than similar offerings from Facebook and Google (except for Apple’s claims about better privacy). Where things get a bit more complicated though, is that this means even more reliance on Apple for data and services. You’ll want to keep an eye on Apple ID / iCloud unlocking and troubleshooting procedures just in case you see more requests for that sort of thing.

Another feature to be aware of is unknown call blocking. When this feature is turned on, it sends unknown callers straight to voicemail. Most people will consider this a good thing, but for those are unaware, they may think their phone is acting up. On the opposite end of that, is the iMessage profile feature. With this feature activated, a user’s profile photo and name will display in iMessage, even if the recipient doesn’t have them in their contacts. Clearly, this is better than just a blank head and phone number, but there may be some users who might be startled by this (especially after one of the bugs listed in the next section). This feature can potentially make for good business marketing though. If you need to follow up with customers via text, they will at least still see your profile photo and information, even if they didn’t save it to their contacts.

One feature that will definitely affect repair in the long-term, is optimized charging. This feature learns your charging habits, and then makes tweaks to power delivery in order to extend the battery’s life. It’s a good thing for the consumer, but it could certainly affect how often your business gets battery replacement requests.

With all of these new features, it’s easy to see why so many will be quick to download and install iOS 13. However, if you have any customers come in who are still on iOS 12, encourage them to wait a bit. As with every new OS release, there are a few kinks that need to be worked out. Some of these will probably we worked out with the release of iOS 13.1 today, but even then, it might be prudent to wait a bit longer after that.

The biggest worry surrounding any new iOS release is the threat of aftermarket compatibility issues. As we’ve seen before, iOS upgrades can break any number of things, from screens to home buttons. We’ll be watching carefully for anything that may arise, but one concern we have is with bluetooth blocking. This isn’t exactly a bug, but this feature changes how the phone grants bluetooth access to apps, which could potentially affect devices like the JC home button, which relies on bluetooth in order to work. Of bigger concern to us, is how screens will be affected. We’re hoping there won’t be any problems, but one never knows.

And while aftermarket issues aren't bugs, per se, bugs definitely do exist in iOS 13. Several have been reported so far, including a lockscreen bypass to access contact information, battery drain from storage indexing, app crashes in several Apple apps, and one particular bug that was discovered by the U.S. Department of Defense (though they wouldn’t disclose what the bug actually was). Most alarming of all is a newly reported bug where another user’s payment and contact information is listed in the Apple payment fields in iOS 13. Again, these may all be resolved in version 13.1, but it still might be worth waiting before making the upgrade.

iOS 13 is a big deal. Get acquainted with it.

It goes without saying that this is a big update. There is a mountain of new features that affects all parts of the phone’s use. So even if your only exposure to iOS is when doing repairs, you’ll probably still come across something new. Take some time to get acquainted with some of these features, and be sure to ask your customers whether or not they’ve upgraded yet. For those that haven’t, ask them to hold off for now, and for those that have, make sure they understand the issues and how they might affect any replacement parts that are installed.

This is a new and exciting update to what is arguably the most popular line of smartphones in the market. However, make sure your customers understand the risks, and keep an eye out for any news and developments that result. We’ll be sure to share any new updates we find via social media.