As noted in our last post, the iPhone 12 is impressively durable. That being said, people are people- and people break things. So it’s probably a good idea to get familiar with the new repair changes in the iPhone 12 and 12 Pro.

Now while there are many subtle differences between these models and their predecessors, there are only a few areas that we feel are important to focus on.

The process for opening up the phone is mostly the same as previous iPhone versions, save for some small details surrounding the installation layout, frame adhesive, and flex cabling.

First, you will likely need to apply heat longer than with previous versions of the iPhone. The 12 series devices have stronger frame adhesive (probably the reason for their new 6 meters of water-resistance) and it will require more effort to get the screen to separate. We don’t think it’s imperative in any way, but it may surprise you the first time you try to open one of these phones. 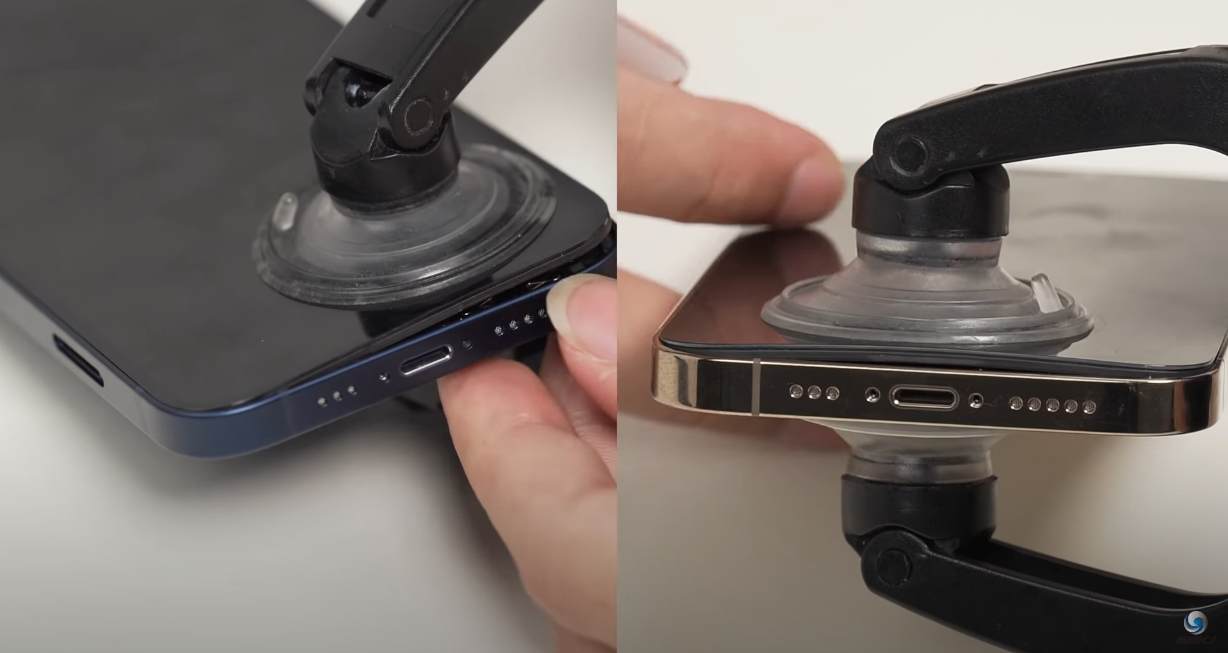 As you can see, the adhesive is so strong that is can cause bending when trying to separate the display. Image via 艾奥科技 on YouTube.

Fun-fact: this glue is so strong that Apple themselves have started using dedicated heat machines to help separate iPhone 12 screens.

Screen Opens to the Left

Second, the screen now opens to the left of the device (opposite from the iPhone 11 series of phones) so make sure you are ready for that. This suspected reason for this is the inclusion of dedicated 5G modules on the logic board, which drastically increased its size. Since it’s now longer, the logic board no longer fits under the camera, and thus, was relocated to the left side of the phone. 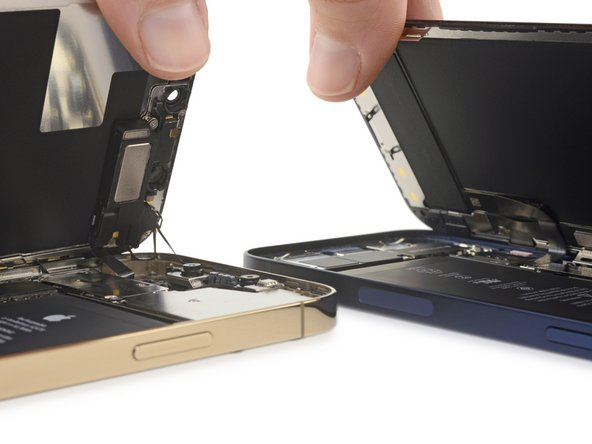 It’s a small change, but one that can have serious consequences if you try to open it the other way. Image via iFixit.

As before, the screen has two lower flex cables, and one from the attached proximity sensor and earpiece speaker.

Take care when opening up the phone. That long, narrow logic board means that connectors are located much closer to their various components, including the proximity sensor, who's cable is much, much shorter than with previous iterations. As a result, the screen requires some maneuvering to unscrew the connector cover plates and there's an increased risk of tearing the cable if the screen isn’t opened carefully. 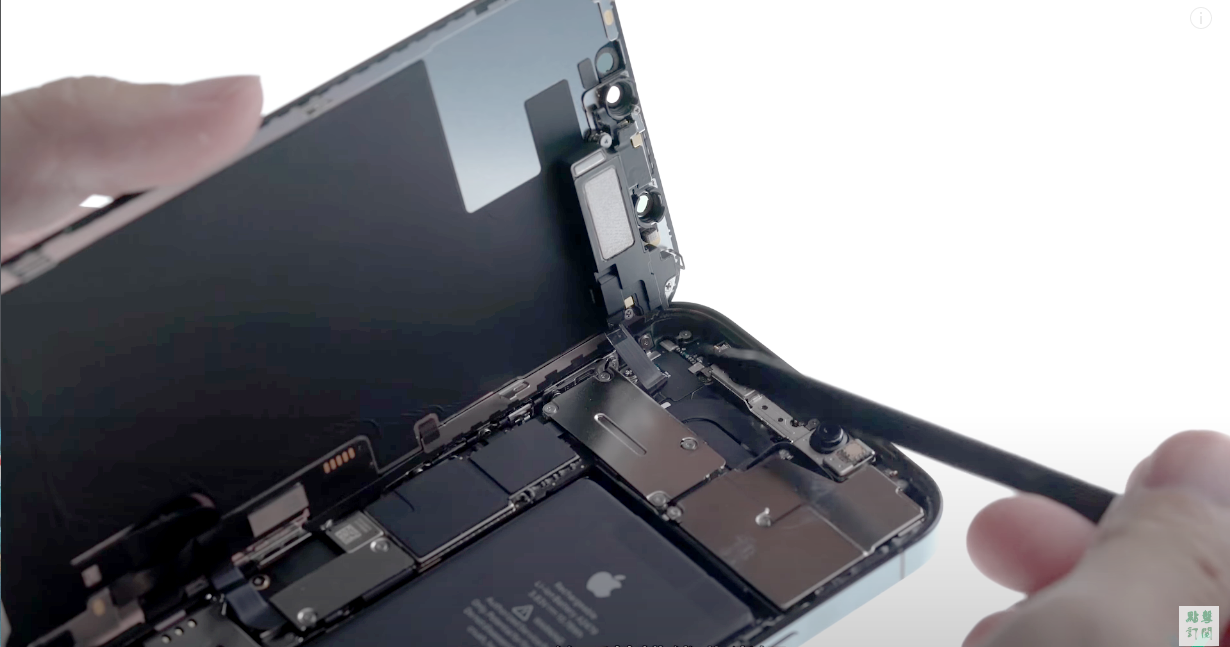 There isn’t a lot of slack in that earpiece flex. Be vary careful when opening the phone. Image via XYZONE on YouTube.

There actually isn’t too much new here either. Sure, almost all the components have seen some sort of design change, but for the most part, removing them is a similar affair to previous iPhones. That said, here are some of the more notable changes.

Regardless of whether or not you’re working on the Pro or the regular 12 model, the camera system only has two flex cables. Great, right? Well, not really. As was discovered by YouTuber Hugh Jeffreys, the cameras in these devices are paired to their specific phones. That means that unless an aftermarket programmer is developed for these cameras, the only way to adequately repair the camera is to take it straight to Apple. So for the most part, any camera replacements will be mostly for cosmetic purposes.

Now for clarification, a replaced camera will technically work. However, there is some sort of pairing mechanic between the phone and camera that is broken when the camera is replaced, resulting in several problems that make it partially unusable. These include loss of portrait mode functionality, loss of panorama mode, problems with the ultra-wide lens, and frequent camera app freezes. Furthermore, Apple’s official documentation indicates that replaced 12-series cameras do require programming/configuration in order to work properly. So for most intents and purposes, it may as well be locked. 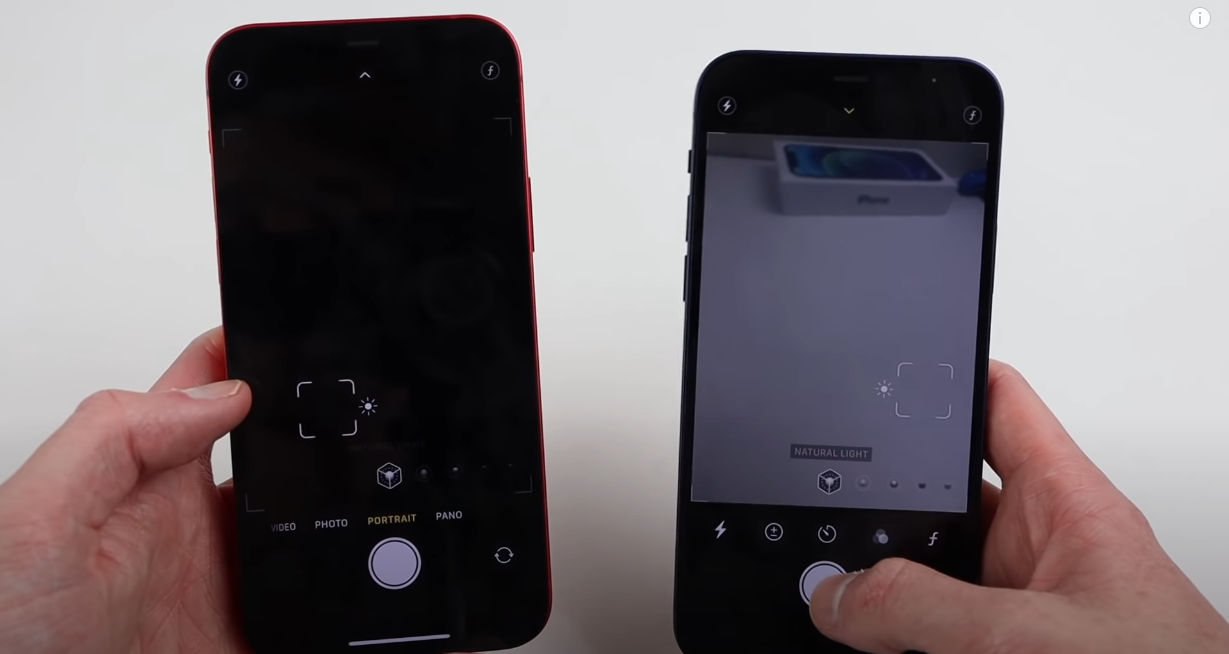 As Jeffreys demonstrates in his video, several problems develop when an iPhone 12 doesn’t have it’s original camera installed- even when replaced with another OEM camera. Image via Hugh Jeffreys on YouTube.

As for the 12 Pro’s LiDar module, it hasn’t yet been confirmed as to whether or not it is also paired. Since the module is separate from the main camera, we’re hoping it’s not so that it can easily be replaced. Also, the flash is on it’s own dedicated flex as well, which is nice as you won’t need to remove the power flex in order to swap it out.

Less glue is always a good thing. With this model, the iPhone forgoes the loudspeaker adhesive, in favor of a small orange rubber gasket between the component and the speaker grille. It makes for an easier removal since it no longer requires heating. 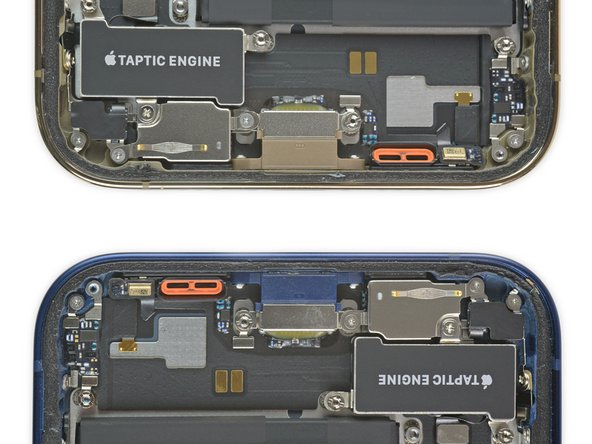 This phone’s charging coil is more complex than the previous version. First, the coil has been integrated into both the volume and the power flex, so they must be removed together. Second, it has a fragile copper wire loop (separately sealed under a plastic ring beneath the charge coil) specifically meant for Magsafe accessories. It’s easy to think that the whole piece is free when pulling up the main coil, but pay careful attention as the wire-loop will still be attached to the frame. To be safe, peel up the charge coil from left-to-right, as the copper loop connects on the right side of the coil (this will reduce the chance of accidentally tearing it).

Bottom-line? Be extra careful when removing the wireless coil, as it can easily take out several functions of the device. 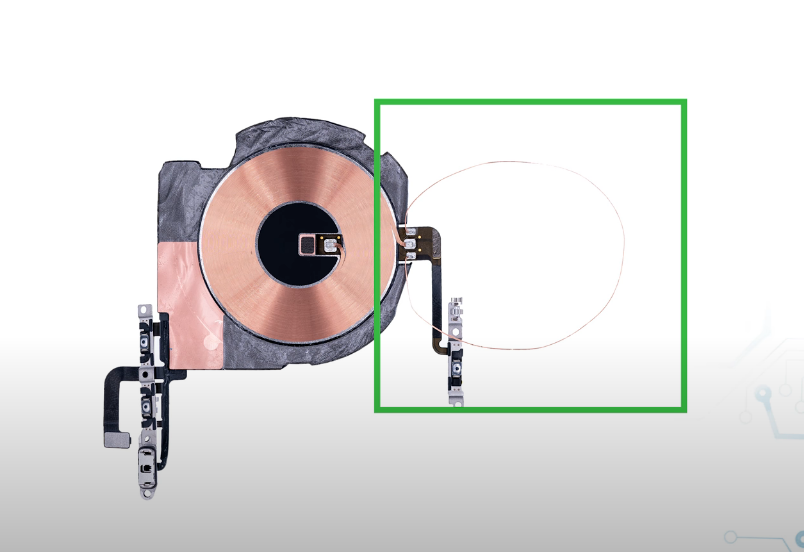 The iPhone 12 Pro charging coil, with attached volume/power flex cables, and the attached copper loop (highlighted in green). Image via XYZONE on YouTube.

As with all new iPhones, there are many changes that have been made from the previous model. These are (in our opinion) the biggest changes that repair professionals should be aware of before opening up the iPhone 12. That being said, it is still early as the phone has only been out for a week. What do you all think? Is there anything else that you think repair professionals should know? What do you like or dislike about the way the new phones are designed? Let us know in the comments or leave us a message on social. We’d love to hear from you!